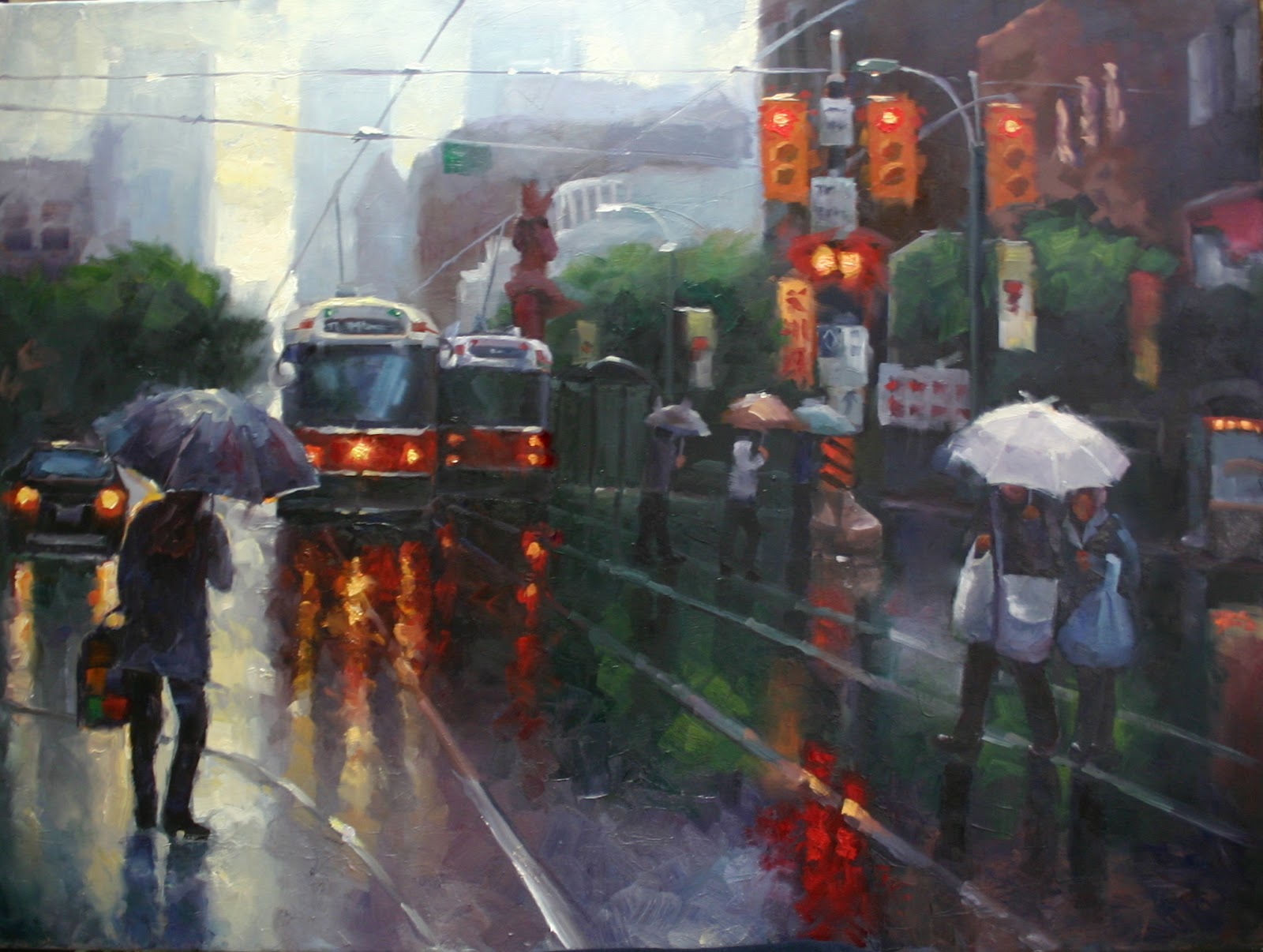 36 x 48 Oil on canvas
I did this painting over a year ago and didn't like it. The composition was off, and it was difficult to bring it all together. Plus, the people were walking from side to side adding to the compostion difficulties. It was a large canvas covered in paint and it sat in the studio staring at me. I decided to put it on the easel. What I loved about this scene was the busy activity at this corner of Spadina. Streetcars continually pass both ways, shoppers are everywhere, and the sounds and sights of Chinatown pervade the scene. So, I decided to rework it, changing the people and numerous other elements. The composition still isn't the best, but I think I've captured some of the atmosphere and activity of Chinatown on Spadina.
Posted by Catherine Jeffrey at 12:31 PM

I think you have captured the atmosphere beautifully. The reflections make it so interesting. Great job Catherine.

Once again the light is superb. Yes I think you've got it perfectly. It would be amazing to see this in person. Such a great scale too.