It Was a Dark and Stormy Night...No. 1 Spadina Crescent 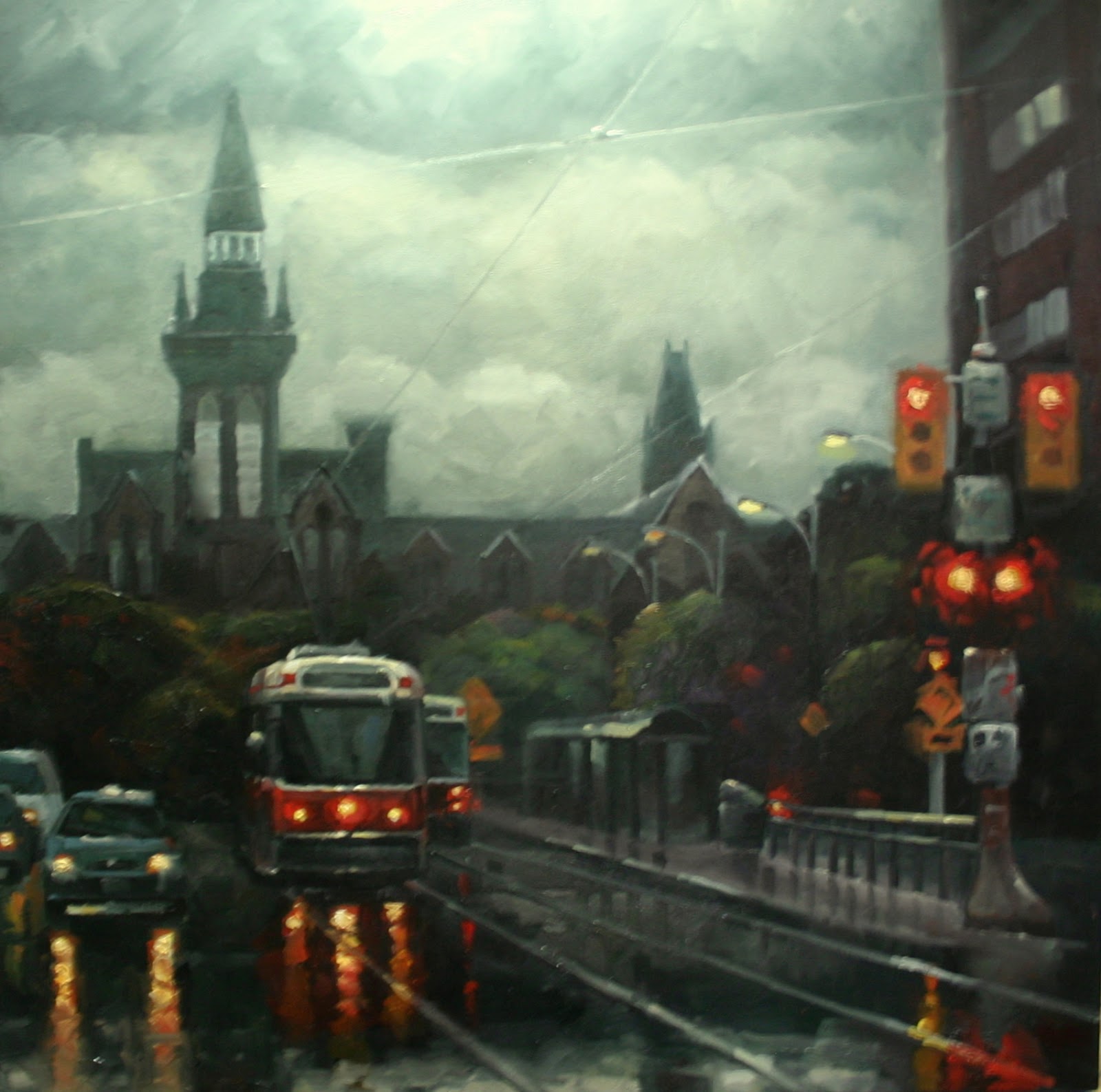 36 x 36 oil on canvas
I never knew where the expression "Dark and Stormy Night" originated until I looked it up and found it to have been written in 1830 by Edward Bulwar Lytton, an English novelist. I couldn't get the expression out of my head while I was painting. It was known as a melodramtic style of writing and has since become a cliche.
I did a similar painting to this a while back and wanted to do it on a larger scale. The Gothic Revival building in the background is part of the University of Toronto, built in 1875. It is situated at no 1 Spadina Crescent.
To establish a dark moody feeling, I used a palette of Viridian, Cadmium red, Ivory Black, yellow ochre, cadmium yellow, and Titanium white.
Posted by Catherine Jeffrey at 10:45 AM

I love the atmosphere that you have captured here! They grey contrasting with the oranges in the lights!

Quite stunning, I feel like I am looking out a window in this one!!

Wow this is amazing-- I love the lines bisecting the sky -- streetcar wires, or power lines? Wonderful.